The #ConnemaraGreenway at Dangan today. When completed the greenway will allow people of all ages and abilities to enjoy the beauty of Connemara from Galway to Clifden on a safe, traffic-free path. Please ask election canvassers what they are doing to make the greenway happen.

A six kilometre section of the planned “Connemara greenway” along the old railway line between Galway and Clifden has been opened.

The entire 76km cycle route has been held up for some years, due to land access issues but all five Galway West TDs have pledged their support for the project. 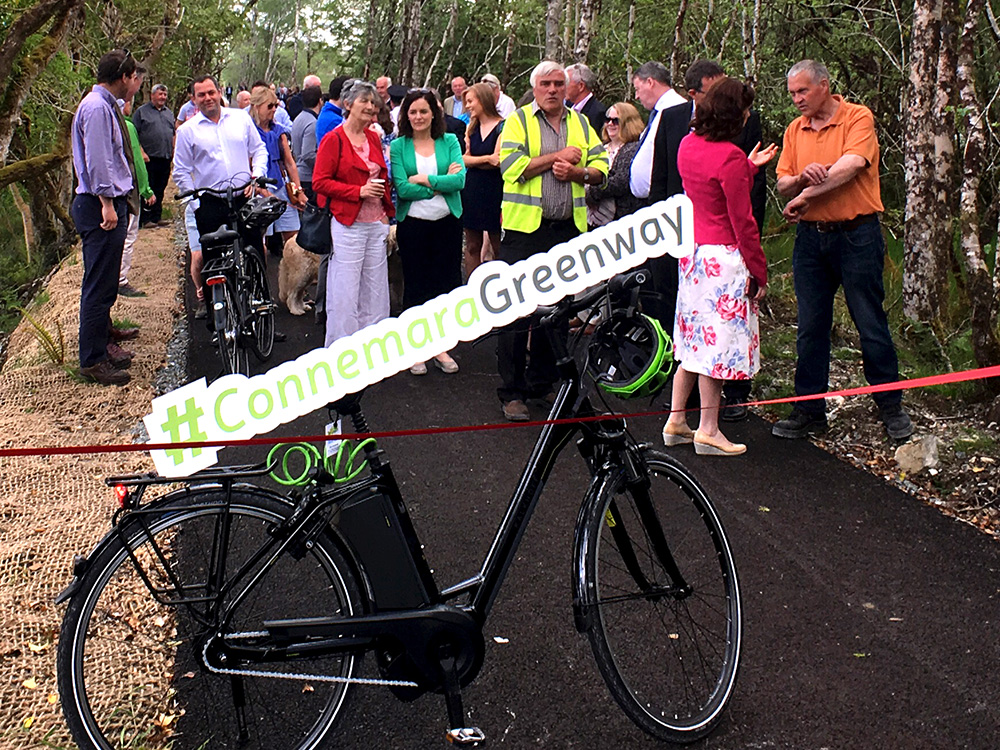 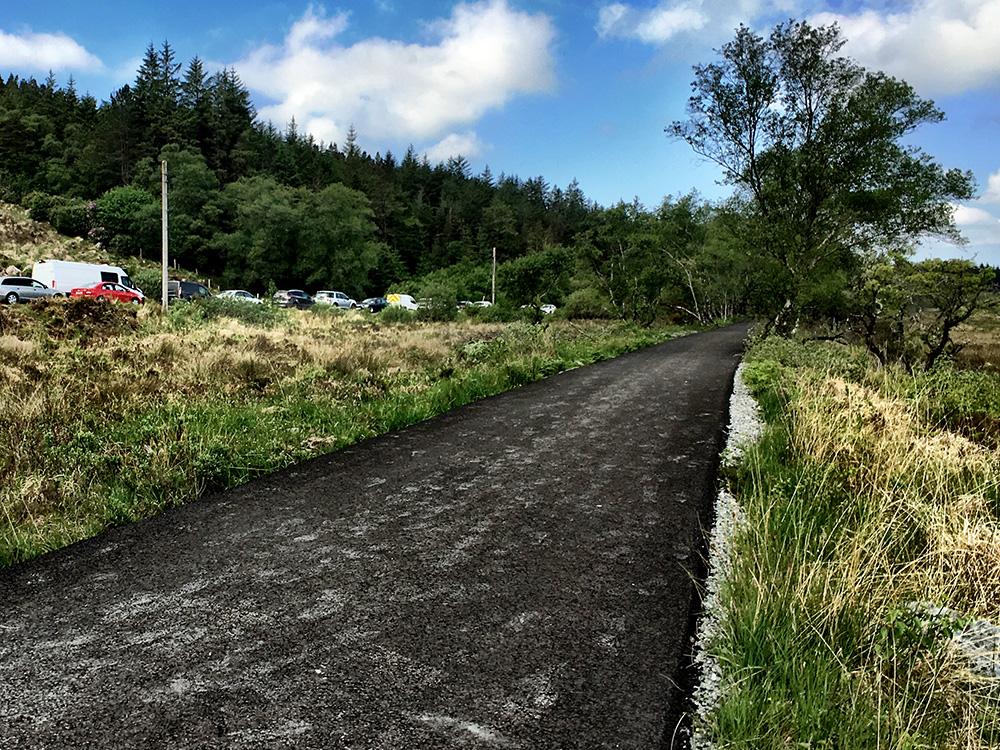 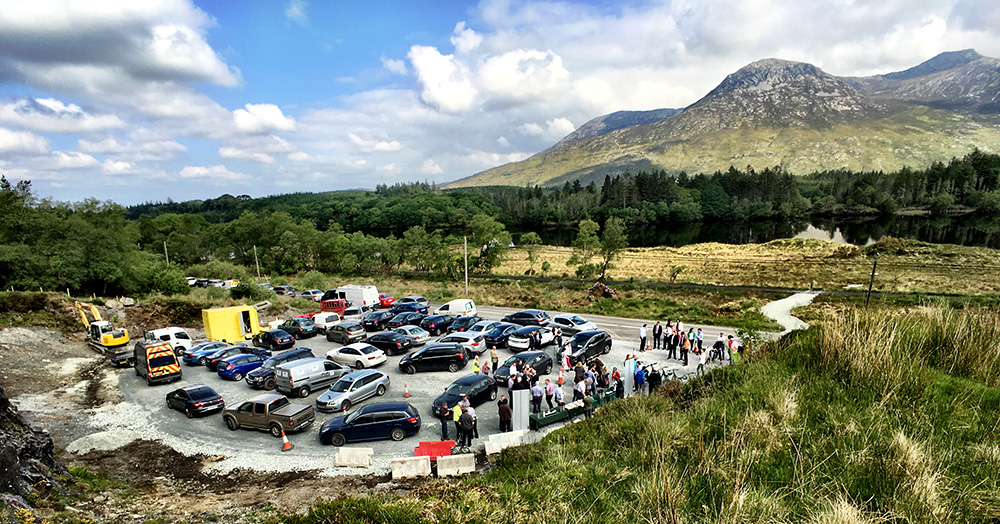 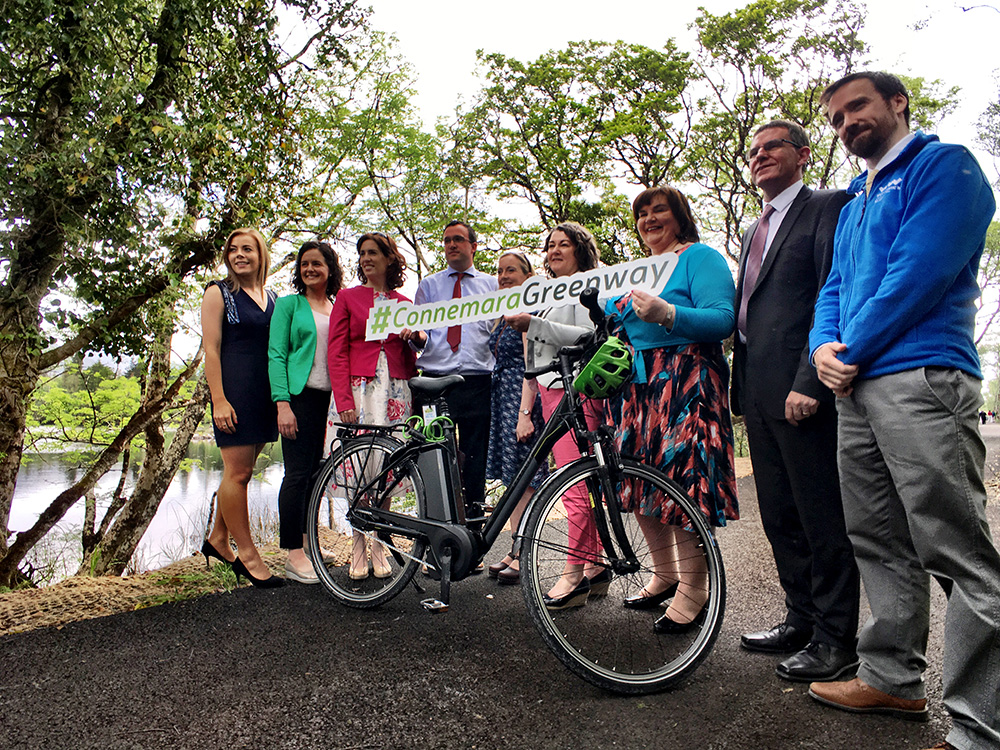 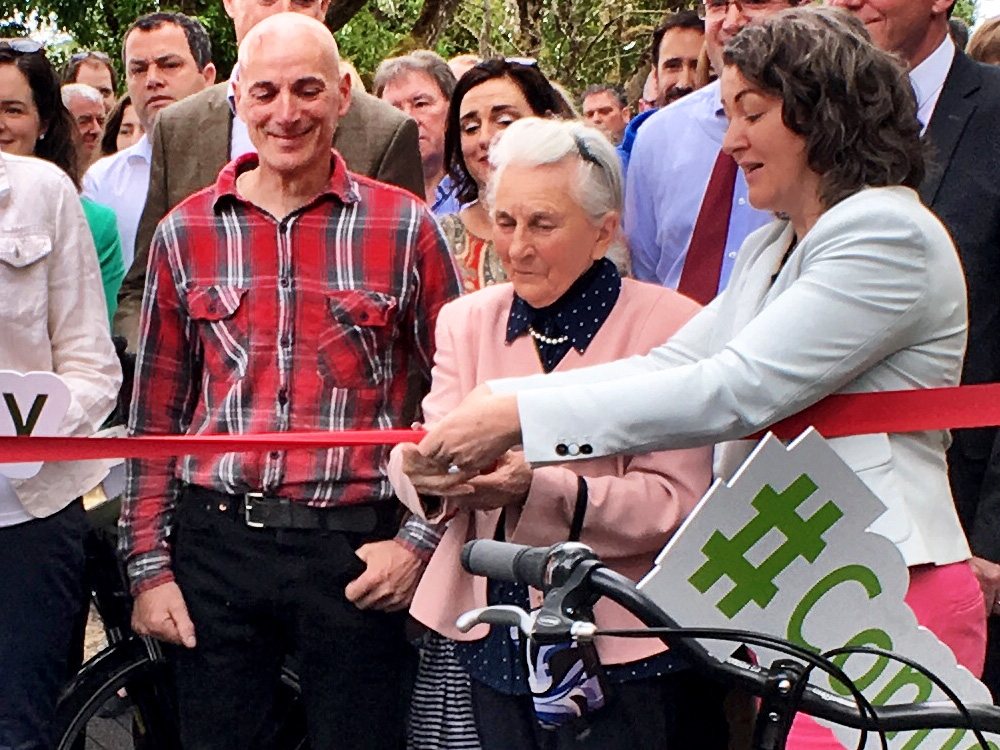 The 6km Athry to Cloonbeg section of the route, which was opened on Monday 28th May 2018 by Galway county cathaoirleach Eileen Mannion. 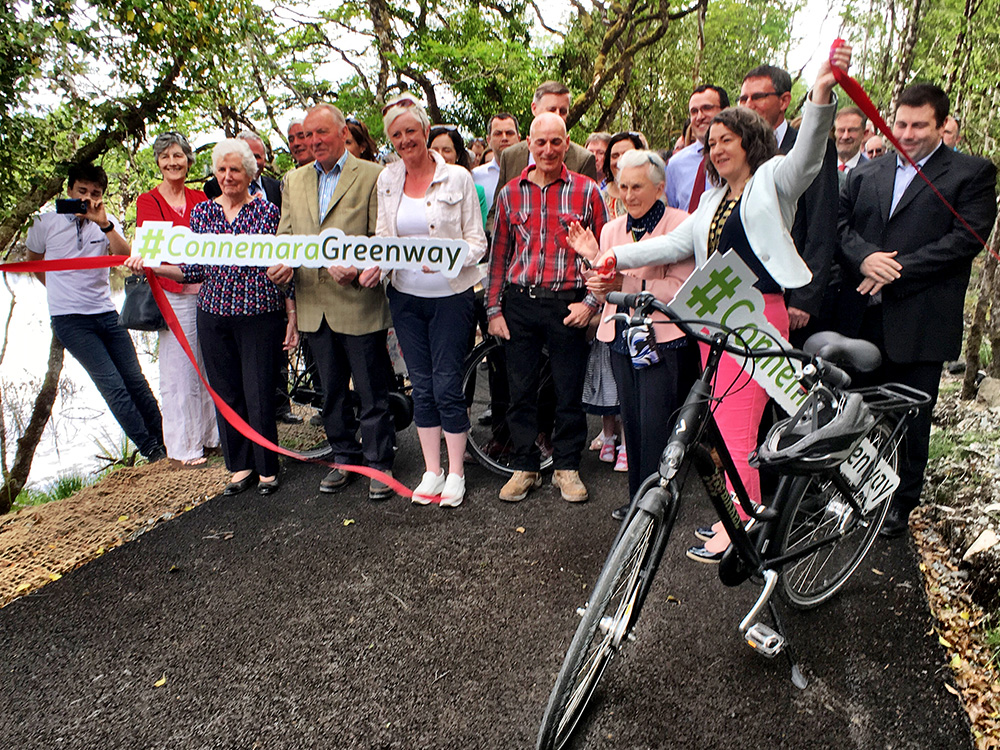 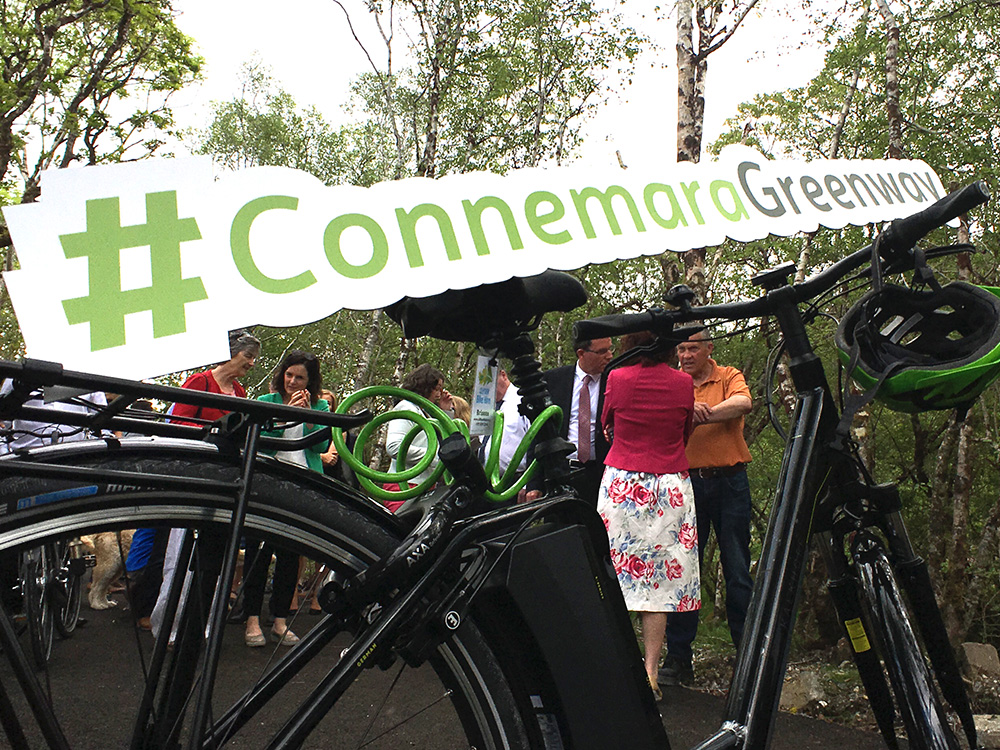 Impact of the Connemara Greenway for Year 1:

However the Galway-Moycullen section remains stalled despite the availability of €2 million in funding.

Above is the Clifden to Oughterard part of Connemara Greenway which was recently granted planning permission.
The Oughterard to Clifden section is the first phase of a project that will link the Greenway to Galway city and, eventually, on to Dublin.